Don’t waste your breath: Selecting the right controls for your breath study

Published on 24 May 21, under Clinical Trials, Science & Research

The controls you select can make or break your study

In a previous blog our in-house experts shared a few general tips relating to good study design. One of the areas that blog touched on briefly, which merits further expansion, is selecting the right control group. This decision is often made early in the study design process, but it can have an outsized effect on the useful translatability of your eventual results – whatever statistical model or new analytical idea you might apply to your data retrospectively.

So, when planning your study, which control group is going to provide maximum benefit? Would healthy controls or help-seekers presenting with apparently homogenous symptoms better serve your needs? Or, could your participants act as their own controls? The answer to this question will depend on factors like what you already know about the disease you’re investigating and the population which it typically affects, and what your goal is for the current trial.

We support our academic and industrial partners throughout the design process. If you’d like to speak to a member of our expert team about your trial, get in touch.

Healthy controls are often a pragmatic choice for early work

Healthy volunteers can be the obvious control group and provide the greatest contrast to disease phenotypes, making them particularly useful for pilot studies. In most cases healthy controls will offer the biggest observable difference compared to the disease population, as opposed to patients with less developed cases of the same disease, or symptomatically similar illnesses. When seeking novel biomarkers, healthy controls can help to cast the net as widely as possible by maximizing the relevant differences between study groups. This can be further enhanced by comparing controls to advanced stages of disease such as metastatic cancer, or decompensated liver cirrhosis. 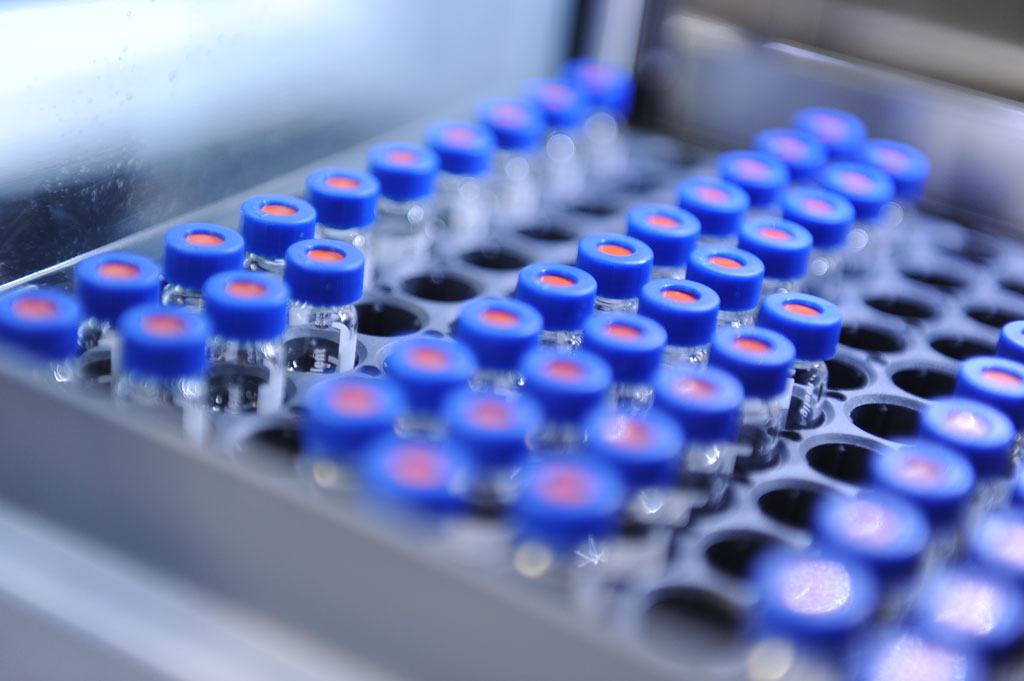 Achieving the best possible level of demographic matching can be tricky, expensive and time consuming – but is worth doing properly in any study to ensure confidence in your results. Demographically matching healthy controls to your disease group will be significantly easier than demographically matching help-seeker controls or any other more specific control group due to availability in the general population. This then is the second major reason that healthy controls are a popular choice, especially for pilot studies – they are cheaper and easier to recruit than any other more exclusive groups.

Using healthy controls helps to maximize effect size but you need to be as certain as practically possible, that the differences between your cases and controls are not due to any other factors affecting the groups. Here demographic matching is essential – trying to ensure that your control group is as similar as possible to your disease groups in every possible way, outside of their disease status. This is achieved by recruiting control subjects that are matched to your disease group for characteristics such as age and sex, and if-possible have similar lifestyles (i.e. smoking status). Collecting all samples from the same location can also help to limit the impact of varying environmental factors.

While healthy controls can help to identify potential biomarkers, the ability to differentiate healthy from advanced disease is rarely of use in the clinical setting. To be clinically useful the test would need to be capable of differentiating either between healthy controls and early-stage patients (e.g. for screening) or between diseases with similar suites of symptoms (e.g. different asthma phenotypes, or asthma vs. other respiratory diseases). Or you may even be looking to create a test that helps you accurately stage the severity of patients’ disease progression, within that disease group.

Since the biological differences between health and disease aren’t the same as the differences between diseases, biomarkers found using healthy controls, won’t always be relevant for differential diagnosis. As differences between help-seekers or patients with related co-morbidities, and disease patients are likely to be more subtle, studies will generally need to be larger, to reliably find these differences. Larger studies are obviously more expensive, but costs may increase more than linearly, with the recruitment of demographically matched control groups that also have specific health conditions being significantly trickier than recruiting healthy controls.

You’re more likely to find more subtle changes, between relatively similar groups, if you already have a rough idea of what you’re looking for. A focused study using help-seeker controls can thus often usefully follow an untargeted study that used healthy controls to isolate candidate biomarkers. Sometimes there may already be enough literature produced by previous untargeted studies on a given disease that you feel able to move straight to targeted analysis. To be confident of replicating the results of prior studies you’ll want to make sure that your sampling methods and your analytical techniques are comparable to those used in the prior studies. 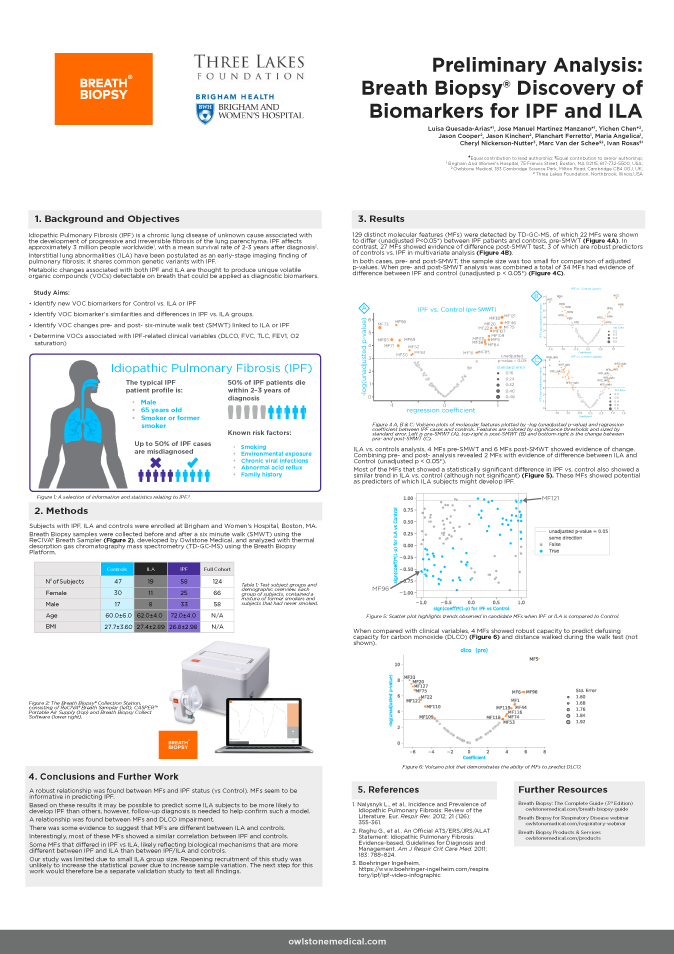 To illustrate how this might work in practice: patients with Nonalcoholic steatohepatitis (NASH) and Hepatitis C (HepC) are both at a high risk of cirrhosis and Hepatocellular carcinoma (HCC). If a study was interested in HCC, it might  therefore be helpful to include cirrhosis and HepC groups alongside the NASH group, in order to pick apart the relative contributions that each of these conditions were making to a patient’s VOC profile. In one of our studies at Owlstone Medical looking for potential biomarkers of Idiopathic Pulmonary Fibrosis (IPF), we used patients with Interstitial lung abnormalities (a less severe form of IPF) as controls.

Patients as their own controls

If you’re able to use people as their own controls, then the problem of demographic matching is circumvented. This is most useful when monitoring patients before and after a definite change. Fernandez del Rio et al. employed this approach to great effect in their study which identified limonene as a potential biomarker of liver disease by sampling liver disease patients’ breath both before and after receiving liver transplants.1 This approach can be especially useful in drug development as part of a crossover trial design – monitoring patients breath before and after they receive either the trial drug or a placebo followed by a washout phase, before swapping the cohorts over and re-running. 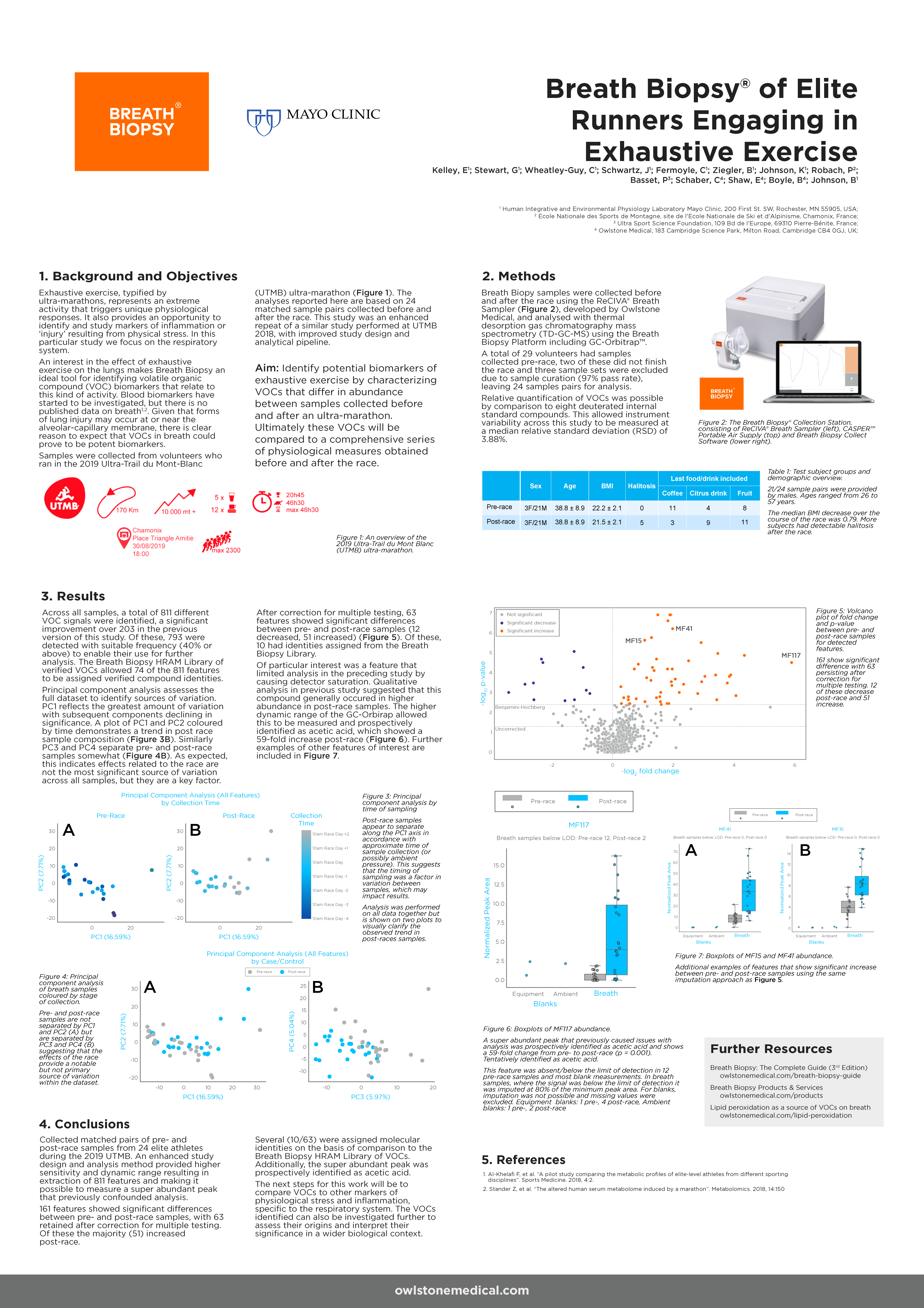 At Owlstone Medical we recently took this approach to investigate the effects of extreme exercise on the body in a study which compared runners’ breath samples, before and after they completed an ultramarathon. Without an upcoming known change to monitor however, observational longitudinal studies can be impractical. During the course of long running trial, you would see a reasonable degree of biological drift – as a consequence of factors like people aging, gaining weight or changing their diet. Accommodating these sorts of changes into your data would necessitate the inclusion of a potentially vast number of patients, hugely increasing costs.

In the long-term, routine monitoring of patients (with comparison to their own baseline) will enable precision medicine approaches in the clinic. As a precision medicine tool, breath sampling holds great potential as a means to monitor disease progression, treatment efficacy and to predict exacerbations.

When choosing the right control group for your study all of the above choices have their pros and cons. Working out which is the right option for you will depend on many factors. As with many areas of study design, however, thinking ahead and making a considered choice is important. This is not a decision that can be ‘fixed’ later through the introduction of a clever new analytical method. Always ask yourself: ‘Will this choice of control group help me reach my goal and produce clinically relevant results, within my constraints?’

If you’re looking for help planning your own breath research studies, get in touch. Or visit the Breath Biopsy Community to ask questions and share your own study design experiences.

Talk to us about study design      View our latest published results

The potential role of VOCs in detecting and treating lung cancer

Let's work together to advance early detection and precision medicine through Breath Biopsy.

Get in touch today