Leaders in the Field: Richard Yost a pioneer in mass spectrometry 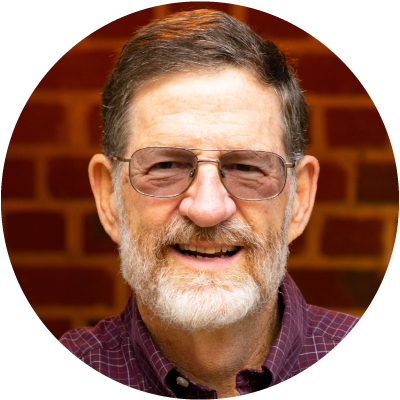 The second in our 'Leaders in the Field' series of in-depth interviews, we spoke to Professor Richard Yost, Head of Analytical Chemistry at the University of Florida, an internationally recognized leader in the field of analytical chemistry and co-inventor of the triple quadrupole mass spectrometer. His group has led in the application of novel mass spectrometric methods and techniques to areas such as metabolomics, clinical, biomedical, pharmaceutical, environmental, petrochemical, and forensic chemistry. He joined Owlstone Medical’s Scientific Advisory Board in 2018.

Prof. Yost directs the Southeast Center for Integrated Metabolomics and NIH’s Metabolomics Consortium, is a Past President of the American Society for Mass Spectrometry and a lifelong member of the Boy Scouts of America.

You’ve been working in analytical chemistry generally, and mass spectrometry in particular, for a long time. What was it that initially drew you to specialize in this area of the chemical sciences?

When I was in high-school I was very interested in science, and when I went to college, I was fortunate to do undergraduate research with a professor in analytical chemistry who really turned me on to the potential for innovations in how we measure things.

I was also very interested in computers; the cell phone in my pocket now has more memory than all the computers on earth when I was in graduate school. So, I was really interested in how analytical chemistry was transitioning from something that people did with pipettes and balances, to something that was done increasingly with instrumentation. At the time, most of those instruments produced an output on a piece of paper with a pen that traced a spectrum. I really wanted to change that.

I chose to go to graduate school with Chris Enke, a professor who was very involved in computerization of analytical instrumentation. I sat down with him and said: “I want to build the ultimate computerized analytical instrument and I think it should have a quadrupole mass spectrometer inside of it”. So, as a first-year grad student I wrote a proposal to the National Science Foundation (NSF). The reviewers were consistent: this would never work and was a stupid idea. NSF did not fund it. Fortunately, the Navy did fund it and it worked! If it hadn’t I wouldn't be here today and maybe tandem mass spectrometry wouldn’t be here either.

What are the biggest changes you’ve seen in your field over the course of your career?

It's fascinating how computerization of instrumentation has totally changed the way we take measurements and how mass spectrometry has gone from being a niche area, largely confined to physics and physical chemistry, to being the dominant technique for analytical chemistry. I went to a meeting of the American Society for Mass Spectrometry when I was a first-year graduate student and there were about 400 people there. At last year's meeting, there were 6,500 people – that's a phenomenal evolution.

How do you think the triple quadrupole MS accelerated that transition to making mass spec something that is so widely used?

The key concept for the triple quadrupole, besides putting three quadrupoles together, was the idea that for tandem mass spectrometry (MS/MS), you have to fragment an ion between the two mass analyzers. Everybody up to then had the ions travelling with very high energy (thousands of electron volts) and everyone thought that's the only way you could do it. We do it with just tens of electron volts of energy in the center quadrupole. That's what's called low-energy collision-induced dissociation and everyone thought it couldn't possibly work. Every tandem mass spectrometer in the world today uses that.

Last year, over 10 million newborns were tested for inherited illnesses, using triple quadrupole mass spectrometers, possibly saving 100,000 of them from death or serious illness. That’s pretty amazing for an idea that ‘would never work’.

When did you first consider that it might be worthwhile to use mass spectrometry to analyze human breath, a famously complex sampling medium?

We first worked in breath 30 years ago. My group is very diverse. We work in environmental, biomedical, Homeland Security, a very wide range of applications. These days, it's mostly metabolomics and clinical chemistry but historically it's been very broad.

What appeals about breath is how well suited it could be for widespread use. If you really want to conduct clinical measurements at home, or you want to test everybody as they walk into a football stadium, you're not going to be drawing blood samples. It's kind of amazing that most type one diabetics prick their fingers multiple times a day to get a blood sample. It would be far easier if they could just breathe into a device and then look at a display. So, I think breath is a very attractive technology or tool for making clinical decisions and keeping down the costs.

When did you first come across Owlstone Medical, and in what context?

I first got involved when we started working with Owlstone’s FAIMS technology for sample analysis. We discovered that, whereas for most analytical instruments having moisture in a sample was bad, the FAIMS instrument we were using actually performed even better in the presence of water vapor. Human breath has lots of water vapor in it and so that got us interested in FAIMS for human breath and working with Owlstone’s devices.

If you want to have a fast, inexpensive test, that you can use on lots of people, then it's got to be fairly simple. Your point of care instrument can't be a mass spectrometer. At this point, Owlstone Medical’s presence in breath analysis is focused on biomarker discovery, so it’s really centered on mass spectrometry. But the concept of being able to combine FAIMS and mass spectrometry in the future, using them either separately or together, is really very powerful for breath analysis and so I think Owlstone is really well positioned.

You’re a pretty busy man! What was it about the work we’re doing that made you want to join our Scientific Advisory Board (SAB)?

I think that Breath Biopsy® as a concept and a label, as well as the annual conference, is a really great way to get people thinking. Owlstone has made some wise decisions and is providing an awful lot of leadership in the breath space. There were papers published 30 years ago saying they could diagnose cancer from somebody's breath, and for the most part, none of those went anywhere. In contrast, Owlstone has thought carefully about how you validate a clinical method and has worked in the right direction to do that.

As Owlstone Medical was being put together, the SAB initially consisted of people in the breath and medical community and Billy came to me and asked if I would be willing to kind of provide a counterpoint from the technology side. And particularly he asked me to come and help with the transition to where mass spectrometry was, for the time being, the most important technology, not FAIMS, which is a key part of the Owlstone’s current strategy for biomarker discovery.

"Innovation happens in a place where there's some risk and there's people, like Owlstone, in small companies who are willing to take that risk and move science forward."

Looking a bit further forward, what excites you when you think about the future of mass spectrometry and its applications in the field of breathomics?

There are two things I’m excited about for the future. The first is when we make the transition to using the best technology, whether that’s FAIMS or something else, for doing breath analysis at point of care, not just in the lab. I think that there's an awful lot of potential in the future to improve the technology such that breath analysis can be rolled out in large volume, and at reasonable cost.

Secondly, I’m excited to discover new areas where breath can give us clinically insightful information. I think Owlstone has thought very creatively about how to do this with breath – using things like test compounds (EVOC® Probes), to help you look at metabolism, and from that, draw conclusions about enzyme levels and things you can't directly measure in breath.

The big question for breath is convincing clinicians. If you want breath to be an FDA accepted test, that you're selling through the local drugstore and will have real clinical impact, then clinicians have to believe that data. There aren't many breath tests that have become clinically validated and that's one of the challenges, but I think that's also one of the exciting things. Innovation happens in a place where there's some risk and there's people, like Owlstone, in small companies who are willing to take that risk and move science forward.

What advice would you give someone at the beginning of their career now, who’s interested in spectrometry and/or breathomics?

If you're an analytical chemist, think creatively about new approaches to solving problems and make sure that the problems you’re trying to solve are clinically relevant; otherwise, you won't have much impact.

If you're a coming from the application side, interested in breath as a clinical tool to treat a disease, it's important to be aware of the technology and the analytical chemistry approaches out there and stay very informed, because it's changing fairly quickly – making it an exciting time.

Professor Yost has been a member of Owlstone Medical's Scientific Advisory Board (SAB) since 2018, providing valuable oversight as we seek to advance Breath Biopsy technology and fulfill our mission to save 100,000 lives and $1.5B in healthcare costs.

This is the second entry in our series of in-depth interviews with influential leaders currently working in breath research. In our first 'Leaders in the Field' interview we spoke to Professor James Covington, a leading voice in VOC biomarker research, about how the field of breath research has changed, his current challenges and what the future might hold.

READ THE INTERVIEW WITH JAMES

Leaders in the Field: Salman Siddiqui on the way forward for breathomics