Comparing the efficacy of facemasks for controlling COVID-19 transmission

Thoughout 2020, the relationship between viral infections and breath has been thrown into the spotlight by the spread of COVID-19. As a pathogen that primarily infects the lungs and that is thought to be spread through exhaled droplets in the air, the role of breath in transmitting the infection has been of critical interest.

The use of facemasks has now become commonplace throughout the world and is a requirement in many places to help control the spread of COVID-19. Masks help to prevent the release of respiratory droplets that can transmit infections. Droplets are produced in the deep lungs and emitted by coughing, sneezing, talking and even during regular breathing. With the ongoing global shortage of appropriate protective equipment, a wide range of commercial masks have become available, in addition to the many home-made designs. Yet not all masks are created equal.

In addition to viruses, respiratory droplets can carry bacteria, proteins, nucleotides and non-volatile metabolites. They are released into the air as exhaled breath aerosols which can be captured and analyzed using a range of standard approaches. Find out more about collecting respiratory droplets with Breath Biopsy.

In a previous blog, we looked at data comparing different mask types and highlighting the value of combining different fabrics to provide a more effective filter. Here we look at a separate study from Fischer et al. at Duke University that compares a random selection of 14 masks of various designs and presents an easy to implement method for quantitiative comparison of mask efficacy. The method, using laser light, mirrors the visualization method for respiratory droplets that we have also reported previously. Duke University have also released a video explanation of the method.

The paper primarily focuses on the method and results are presented only as a proof of principle. The findings indicate that surgical or fitted N95 masks still offer the greatest reduction in respiratory droplet emission (>95% compared to no mask) while many of the other commonly available masks removed 80% or more of the respiratory droplets. Notably, knitted masks and bandanas did not perform well and fleece was the worst resulting in similar or higher levels of respiratory droplet emission compared to not wearing a mask. The authors suggest that the increased droplet number due to fleece may be because the fabric disperses larger droplets creating an increased number of smaller droplets.

Much of the data reported in this study is based on measurements of the same person speaking normally while wearing different masks and is compared to the same person without a mask. For three of the mask types, measurements from four different people were also collected and combined. Many more masks could be studied and their efficacy during sneezing, coughing and other activities could also be considered. The proposed method is intended as an easy to implement tool requiring no specialist equipment or expertise that could be used for rapid assessment of measures to control respiratory droplet emission.

The simplicity and the ease of use of this approach mean there are several limitations to consider. In particular, restrictions on the ability to capture all respiratory droplets as well as a detection limit that means smaller droplets are excluded. The authors also note that this approach differs fundamentally from more complex, established methods of mask testing, which often use solid latex particles rather than liquid droplets. This is worthy of note given the scattering effect suggested to explain the effect of fleece on respiratory droplet numbers.

At Owlstone Medical, we are developing Breath Biopsy tools to capture and analyze respiratory droplets from breath aerosols to help understand the spread of infections including COVID-19. Find out more about integrating Breath Biopsy into COVID-19 research. 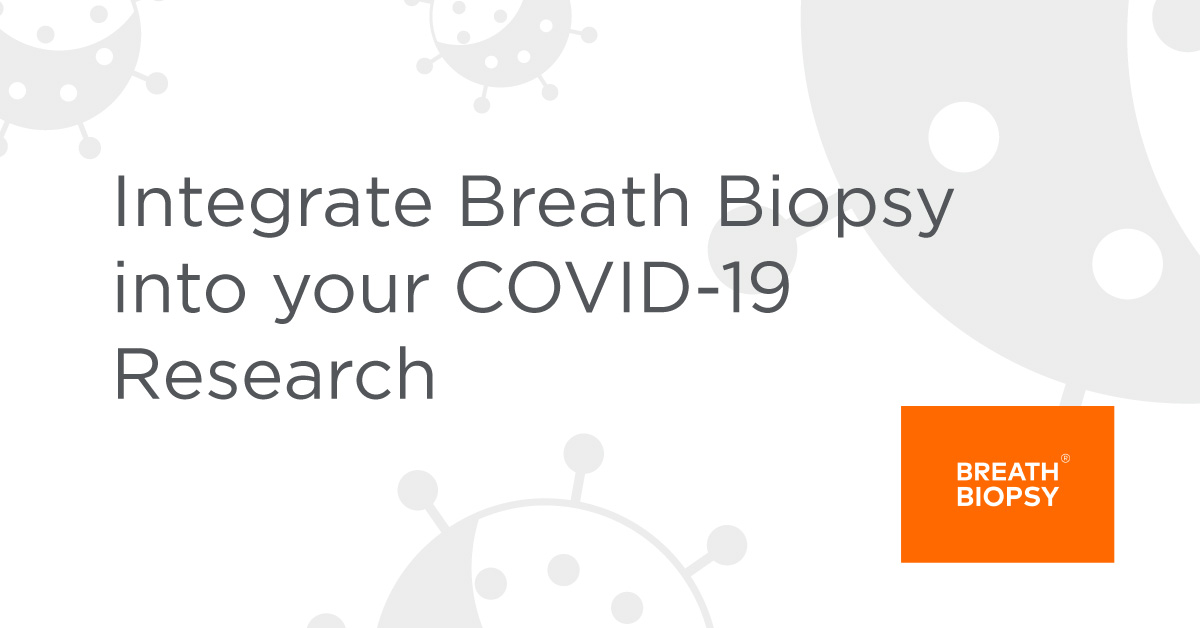 The role of short chain fatty acids in diseases of the gut, brain and cancer

Talk to us about your biomarker research and how Breath Biopsy could help.