Owlstone Medical's Breath Biopsy® platform has been featured in an article by S&P Global. You can read excerpts from the article below.

Billy Boyle is a man on a mission: He wants to develop cancer diagnostics as advanced as the latest treatments.

In the 19 months since the company he founded has been focused on medical diagnostics, he has attracted the backing of Cancer Research UK and Britain's National Health Service to undertake large-scale clinical trials of a Breathalyzer-like approach to diagnosing disease.

"Breath has been around as an interesting curiosity for a long time," said Boyle, CEO of Owlstone Medical. "Without a shadow of a doubt there are thousands of chemicals on the breath which are reflective of an underlying biology and some of those will have utility in different medical applications."

Big Pharma has been developing targeted medicines based on DNA profiles for some time, with notable examples like AstraZeneca PLC's Tagrisso. A targeted therapy, Tagrisso received breakthrough designation from the U.S. regulator on Oct. 9 for first-line treatment of non-small cell lung cancer in patients with a specific genetic profile: The cancer pill is effective in some 40% of the Asian population that express the EGFR-mutated version of the disease, compared with half that number in the U.S. and Europe.

Boyle believes such targeted medicines could be more effective if the disease could be spotted before it has spread.

"What's the single biggest lever you could pull in the battle against cancer?" Boyle said. "Early detection is the place where you can make that decisive difference."

Searching for biomarkers that indicate disease has been a possibility with the introduction of DNA sequencing. While some companies are pursuing a blood-based approach known as the liquid biopsy, Owlstone measures volatile organic compounds within the breath that can reflect metabolic processes taking place within a person's cells and tissues.

Having secured alliances with the Mayo Clinic and Imperial College London, in addition to setting up clinical trials with the NHS and the University of Warwick, Boyle is hoping to confirm that his breath diagnostic approach works — and is priced affordably.

If you want to learn more about how Owlstone Medical's Breath Sampling and Analysis technology and Services are being utilized in early detection and precision medicine, why not download our free ebook: Breath Biopsy: The Complete Guide? 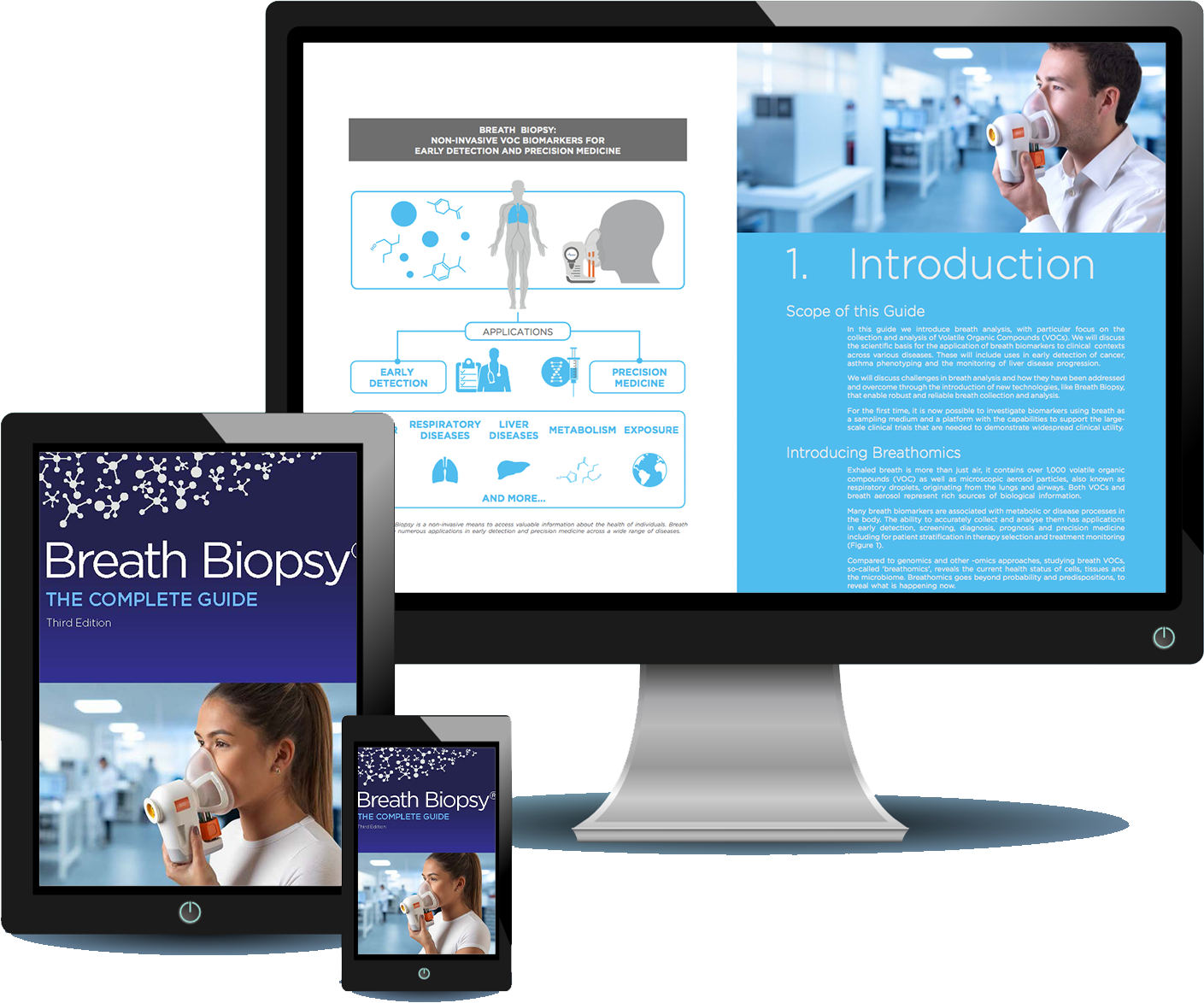 We are on a mission to save 100,000 lives. By investing in Owlstone Medical you can support our research and help make this happen sooner.