Could breath acetone be a potentially useful biomarker for heart failure? 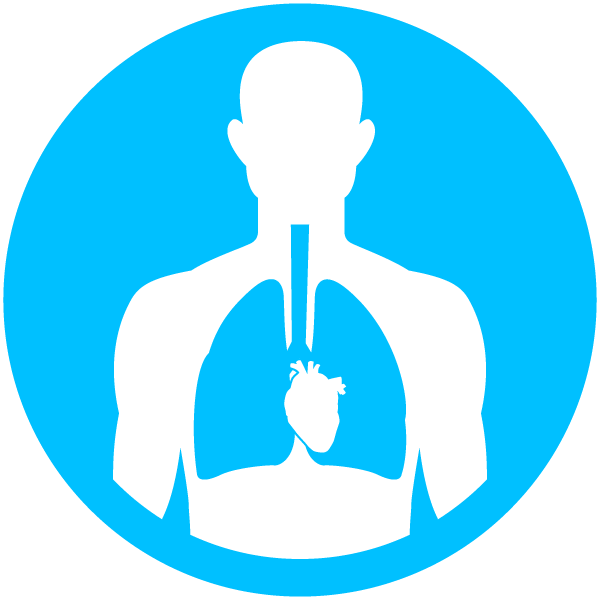 Heart Failure, as a consequence of cardiovascular disease, is the main cause of hospitalization in the USA, Europe and Japan, with cases rising worldwide. Despite improved treatment in recent decades, HF maintains a strong association with poor long- and short-term outcomes for patients. Against this negative backdrop, a number of clinical studies have investigated breath biomarkers, specifically breath acetone, as one possible solution to bring positive change.

Biomarkers of cardiac disease have the potential to be of great benefit clinically. They might be able to assist in identification patients at high-risk of HF for early intervention. Or, they might be employed in follow-up for patients who have already experienced HF, assisting in establishing a diagnosis, a prognosis or as part of ongoing monitoring.

Currently a number of biomarkers of cardiovascular disease and heart function are already in clinical use, but accessing these biomarkers (such as plasma concentration of brain natriuretic peptide (BNP), cardiac catheterization and coronary angiography) is invasive and burdensome for the patient. Testing like this is also expensive for the healthcare provider. Considering the increasing prevalence and severity of HF, developing new less-invasive diagnostic, prognostic and monitoring biomarkers in HF patients would be of huge value.

An increasing number of breath biomarkers have been identified that allow for the non-invasive monitoring of metabolic activity within the body, some of which have been approved by regulatory authorities for clinical use. Acetone is fairly ubiquitous in breath research, having been investigated as a potential biomarker of diseases as diverse as diabetes and chronic obstructive pulmonary disease (COPD). For that reason, breath researchers often approach a suggestion that acetone has potential as a biomarker for another disease or condition with a healthy degree of skepticism, however in the case of HF that association has been more firmly established.

The ketones, d-β-hydroxybutyrate and acetoacetate, are derived in the body principally from fatty acids. They’re metabolized by oxidative tissues, such as the heart, with the VOC acetone one of the common metabolites. While the biological purpose of these ketones is not firmly established, they have been shown to increase in concentration in both HF and diabetes [1]. For this reason, numerous studies have investigated whether exhaled breath acetone (ExA) could discriminate between heart failure patients and healthy controls, and further, whether ExA increased with HF severity in such a way as to be useful to predict prognosis.

What can we learn from a meta-analysis?

Across the 18 studies analyzed, the average of the pooled ExA concentrations in HF patients was 1.89 times higher than in healthy subjects. This correlated well with the NYHA dyspnea scale and plasma BNP, established markers used with HF, highlighting ExA’s good diagnostic and prognostic accuracy in single studies.

Gouzi et al. were happy to conclude that ExA constitutes both a diagnostic and prognostic biomarker in HF patients but made two suggestions for how future studies could move towards validation and, hopefully, regulatory approval:

One of the studies included in the above meta-analysis, Marcondes-Braga et al. in 2020 looked at ExA as a biomarker of long-term prognosis in patients with chronic HF but currently stable symptoms [3]. They followed 700 subjects for 18 months in a study which showed that ExA levels reflected clinical changes of HF in patients with chronic stable disease, correlating significantly with HF symptoms.

In their study Marcondes-Braga et al. found ExA to be an independent predictor of both cardiac and overall mortality in chronic stable HF patients. Interestingly, the capacity of ExA to predict outcomes in patients with HF was not influenced by the presence of diabetes (as mentioned earlier, ExA has also been proposed as a potential biomarker of diabetes in the literature). However, an unfortunate limitation of these results is that ExA measurements were taken only once at inclusion in the study, and changes in levels after enrollment were not analyzed. Further work should seek to redress this as a matter of priority.

In an earlier 2012 study, Marcondes-Braga et al. had examined a cohort of 89 HF patients and showed that ExA concentration was associated with a worse prognosis, correlating with BNP [4]. Levels of acetone higher than 3.7 ug/L increased the risk of death or heart transplantation about three times within 12 months (0.39 ug/L was their median measurement for healthy controls). However, this study included mainly patients with more severe cases of HF (acute decompensated heart failure (ADHF)), and the number of patients with simple chronic HF disease (n = 30) was relatively small. In addition, all patients with diabetes were excluded.

If you’d like to undertake further work that attempts to validate acetone as a biomarker for HF, or looks for further complementary biomarkers, we can help.

In their meta-analysis, Gouzi et al. stated the need for greater standardization across ExA studies. As interdisciplinary specialists in breath, we have created Breath Biopsy® OMNI® to be the most advanced solution for reliable standardized global breath biomarker analysis. And, when you choose to use our Breath Biopsy services, your investigation is further supported by our extensive study design, management, and data interpretation expertise.

Our Breath Biopsy Collection Station has been developed to maximize your chances of discovering robust breath biomarkers by ensuring optimal sample collection. The ReCIVA® Breath Sampler and CASPER® Portable Air Supply have both been specifically designed to increase signal-to-noise in breath samples (previously a significant challenge), and collect standardized samples that ensure high comparability between patients, even over multiple sampling locations and longitudinal time-courses.

Developing a clinically useful test requires identification of the VOCs that can be linked to underlying biology and the specific disease of interest. Breath Biopsy OMNI uses TD-GC-MS with high resolution and high dynamic range, maximizing the number of VOCs that can be studied in your breath sample.

The potential of breath biomarkers for cardiometabolic diseases